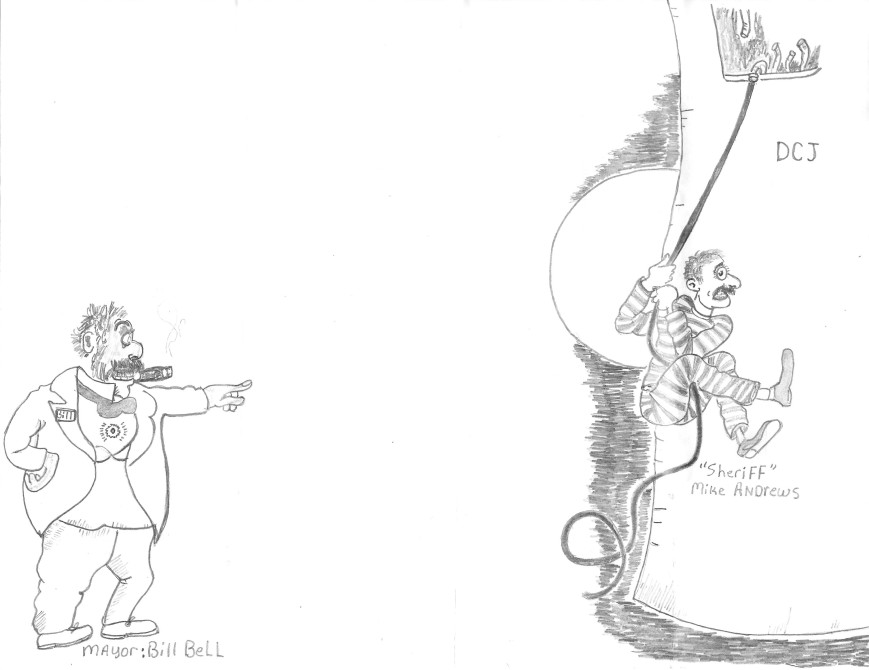 Mayor : Hey, Sheriff Andrews, aren’t you supposed to be raising money for charity by being locked up in the Durham County Jail? Where are you going? The Muscular Dystrophy Association needs you here collecting money for your bail!

Sheriff: Change of plans, Mayor Bell! I can’t stand another minute in the Durham County Jail! The ABL food is horrible, the cells are freezing, and many of the officers are just plain jackasses. Plus, they gave me such an excessive bond, there’s no way they’re going to raise enough money for me to get out. And I better escape now, because with my office bringing in video visitation, the community might just pay money to keep me in jail!