We received the following notice last week, along with the returned letter that the inmate was not allowed to receive. The reason given for its return was the vague, not helpful, arbitrary, and awful phrase “contains gang references.” Never mind the fact that we don’t know what they’re referring to (the mail room censor didn’t bother to cite specifics of the letter). Regardless, we must register our opposition to this as a reason, and we reject the entire climate of anti-gang measures taken by the jail, the cops and others. Just like gang injunctions that bar people suspected of being in gangs from participating in certain activities, this expansive censorship uses the bogeyman word “gang” to stop communication between two people whom jail staff don’t want communicating with each other. It uses that word “gang” to try to gain support for its evil deeds and dirty tricks, counting on law enforcement propaganda to make the public believe that “gangs” (however loosely defined) are violent and bad and a social menace.

So, there it is: Inside-Outside Alliance has been deemed a gang by the mail room at the Durham jail. 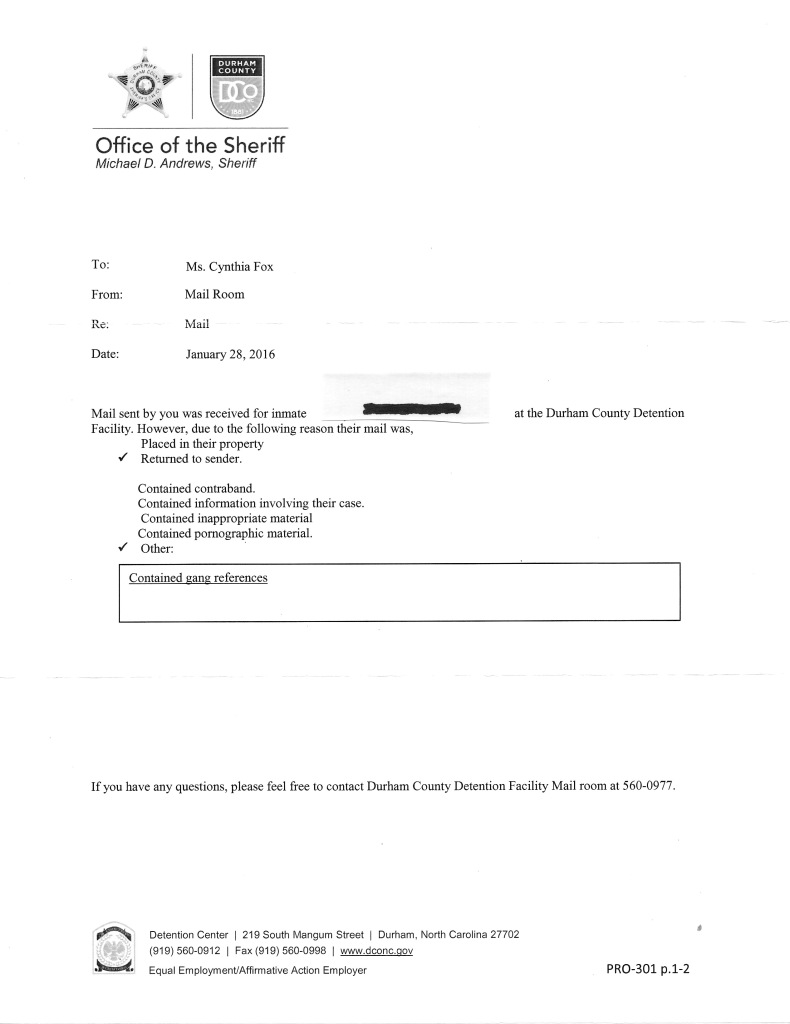