This is the voices of inmates of the Durham County Jail. Incarcerated, not convicted. Charged with a crime, awaiting a fair trial, but not–NOT–convicted criminals. The true injustice is the conditions and the treatment of inmates from top to bottom. And it’s sad when employees of the very system see and comment on the injustice but are scared to lose their job.

From the judges, police officers, co’s and medical staff. The code of judicial conduct, canon 1 states integrity and independence shall be preserved. Canon 2 states a judge should respect and comply and conduct themselves in a manner at all times that promote public confidence. But to spend a day in court just observing, not even knowing the law, will blow your mind. I had a case in front of Judge Loretta Walker that had the courtroom in an uproar. Even court officials said she was wrong and my rights were being violated. But being in Orange your voice is not truly heard. 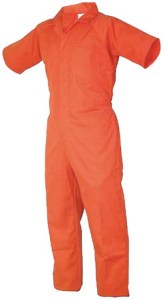 A detention officer, Ms. Moore threatened me after her finding me attractive and I didn’t return the advances and flirtation. And she did this in front of other inmates. But we being in Orange she feels my/our cries of injustice will not be heard. And time has showed that up to this point, she is right.

Down in medical we get treated worse than animals. Nurse Butler and Jones as well as Nurse McKay regularly practice this type of treatment on a regular basis and state boldly that it’s jail and what you basically signed up for when you broke the law.

Now, I know this is a direct violation of people’s rights. And when I make officers aware of this certain ones acknowledge that I’m right but due to fear of losing their job, they feel they can’t protest. Then there are others who speak on it, and feel it’s like talking to a wall. There are many cases of misconduct and unlawful actions and treatment of inmates by Detention officers, police officers, judges, lawyers, medical staff and all over this judicial system right here in Durham. Fear and backlash keep these stories from being told and exposed. But through sitting here reading law books I feel that the law is the law and should be universally applied to everyone. And human rights apply equally to race, gender, financial status, and free or incarcerated.

There are morals and a code of ethics that apply to police, judges and medical personnel. There is a code of judicial conduct. There’s the U.S. Constitution, the Amendments, civil rights, General Statutes or arrest proceedings, probably cause, Human Rights, etc. I read on all this and they are definitely wrong if we can get someone to help us make a stand.

The newspaper clippings are examples that this happens all the time around here. People complained about Tracey Cline for years and it took a N.Y. lawyer to bring her down. I speak to officers as well as ex-officers, lawyers, and doctors who say all the time they see corrupt officials violating rights and doctors and nurses covering up what police have done upon arrest or while they have someone in custody.

Now is the time to stop this together. Upon your response more names, stories of incidents, legal info to help pinpoint and highlight violations will come.

Look forward to hearing from you,